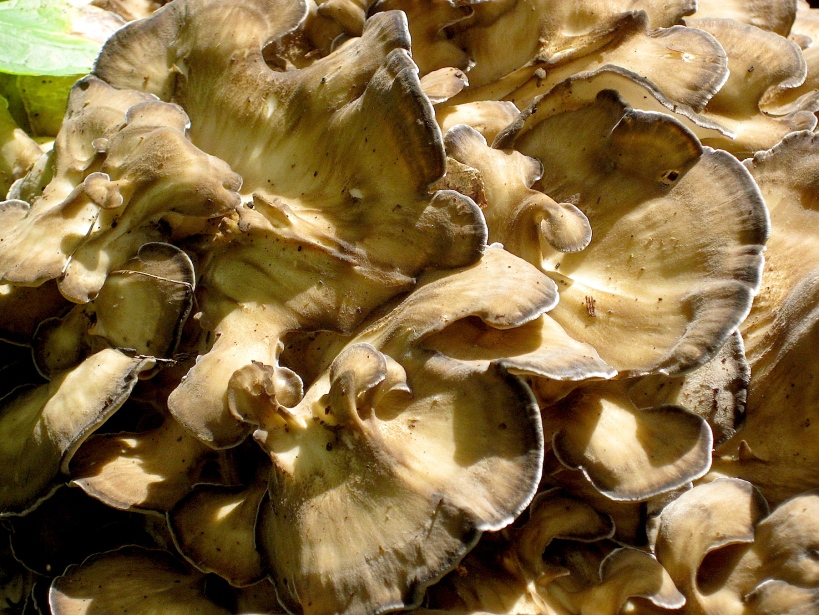 Colono-protective … is that even a word? The maitake mushroom don’t care, because it knows what it is … colono-protective, or demonstrating protection against inflammation and ulceration of the colon.

Research from Experimental & Molecular Medicine (2009) found that a maitake mushroom water extract ameliorated colon inflammation in animals by suppressing production of TNF-alpha, an inflammatory response promoter involved in IBD (inflammatory bowel disease). According to the researchers, “The results strongly suggest [maitake water extract] is a valuable medicinal food for IBD treatment, and thus may be used as an alternative medicine for IBD.”

I’d like to see the “alternative” status promoted to “primary,” and perhaps if future research demonstrates similar results, we’ll see this shift happen.

For now though, it’s quite easy to produce similar medicine at home. Decoct a few tablespoons of maitake in hot water, strain, and enjoy as a hot tea. Additionally, maitake can be incorporated in soup stocks, allowing its medicine and rich flavor to become extracted over several hours of simmering.

By the way, if you’re interested in harvesting maitake mushrooms (Grifola frondosa for the Linnean crowd), they’re one of the “safer” fungi inhabiting our forests in western Pennsylvania (though their season is just about over this time of year). For more information, check out http://wildfoodism.com/2014/10/07/5-easy-to-identify-edible-mushrooms-for-the-beginning-mushroom-hunter/